Society of Extraordinary Women, a non-profit organization, is a group of dedicated professionals committed to making a difference in the lives of students, and making a positive impact in our community.

Empowering students to discover their extraordinary selves through education and mentoring for a lifetime. 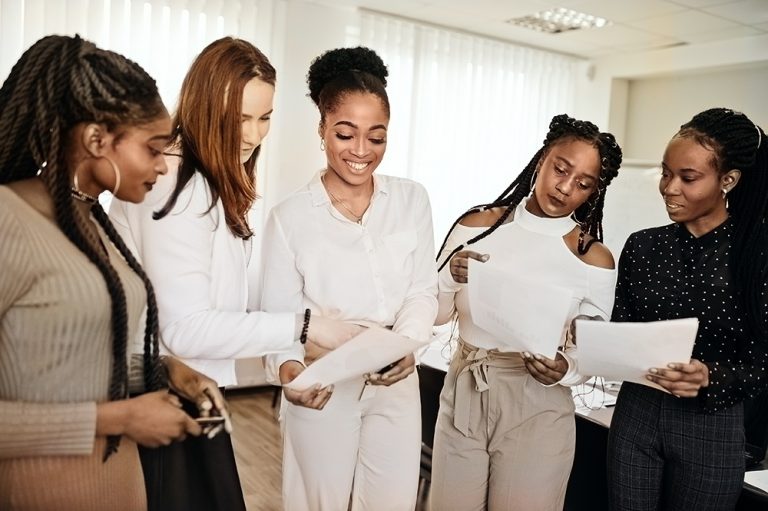 Shirley Coates is the founder and president of Society of Extraordinary Women Inc. (a non-profit organization), whose mission is to empower women and girls to discover their extraordinary selves through education, and mentorship for a lifetime. She is a seasoned leader, corporate executive, and real estate consultant who is dedicated to empowering the lives of women and young girls, and making a significant impact for change.

Shirley’s life work is exemplified in her current role as founder and Executive Director of the Ignite Leadership Academy for Girls. In response to studies showing that 30% of minority teens in the Inland Empire were failing to graduate from high school, and finding that a rising number of teenage girls were also falling through this achievement gap, The Society of Extraordinary Women developed a curriculum designed to improve this outcome.

Shirley has received national, state, and local awards for her work in the community, and the impact she has made in the lives of women and girls. Shirley is a member of the Riverside Chamber of Commerce where she has been honored Ambassador of the Year, and currently serves on the Magnolia Center Business Council. She is a past graduate of Leadership Riverside.

Shirley has served as a National Director for the Board of Realtors, and President of the National Women’s Board of Realtors. In 2015 she was nominated Woman of the Year by the Inland Empire Commission on Women. She was also selected to attend the United State of Women Summit that was hosted by First Lady Mrs. Michelle Obama in Washington DC in March of 2015.

Shirley’s focus, drive, and ability to achieve exceptional results have served her well, both stateside and abroad. She is often called upon to speak at business conferences and provide customer service training to local business and organizations.

Our Board of Directors

Alan is responsible for the Aviation Program.

Alan is a former professor of psychology in and outside of the United States who passionately volunteers his time mentoring youth while he continues to work as a job placement specialist, life coach, expert witness, and business development consultant. As our Director of Education, Alan helps ensure our curriculum and approach to each topic reflects the current needs of our students.

As a Program Director, Thomas makes sure that all the different pieces of the program fit together and work in harmony. Thomas is a dynamic entrepreneur and accomplished environmental program manager with over 15 years of experience. His passion and unconditional support have led us to great success.

Joyce is responsible for all of the operations of our organization.

Joyce is a seasoned professional with experience in the banking industry and non-profit arena. Throughout her career, Joyce was recognized for her professional accomplishments as well as her contribution to society. Joyce is multi-talented and has an incredible multi-tasking ability, which maker her the perfect choice to keep us on track and on time.

Shyri is responsible for all event related matters for SOEW.

Shyri is responsible for overseeing particular tasks throughout the event planning process. She assists with all event matters including meeting with vendors at the venue location to help with set-up, running errands for supplies and decorations and working with staff to ensure the completion of a successful event.

Kimberly is responsible for all financial related matters for SOEW.

Acquiring a CPA license and a doctorate in finance takes time, patience and careful planning, and these are the best words to describe Kimberly Bradshaw. As one of our board members, she is responsible for all financial related matters for the Society of Extraordinary Women. Above all, Kimberly is extremely careful and full of patience. We can count of her to always execute on time and in compliance.

Rosemarie is responsible for our Leadership programs.

Rosemarie is a Hopeful Leader Coordinator for the Human Resources Department at Corona-Norco Unified School District. She has a strong background in implementing highly effective systems and practices to help optimize student success. Through a collaborative process, Rosemarie guides, develops, implements, monitors and supports personalized pathways for each student to bridge middle through high school and creates a roadmap for college aspirations and career goals. She is a valuable member of our board.

Trina oversees our educational events and scholarships we grant.

With more than 18 years of experience in the mortgage lending industry, Trina uses all her knowledge and experience to help us find avenues to keep expanding and growing our own events and scholarship opportunities. As a member of our board of directors, Trina Schneider is responsible for overseeing the educational events we organize as well as the scholarships we grant.

Glenis insures coaches & resources are always available to the girls.

Glenis Knight is the member of our board responsible for ensuring our mentoring program is active and our coaches and resources are always available to the girls. Under Glenis’ tutelage, our girls can receive the mentoring support they need for a lifetime. Our special thanks to Glenis for her dedication and commitment and for ensuring we are always ready to support these young girls!

Kennedy ensures our plans are executed smoothly and on time.

Kennedy is a senior at the University of California Riverside, where she is majoring in Psychology. Besides her involvement with the Society of Extraordinary Women (SOEW), Kennedy also participates in other non-profit initiatives in different capacities. Kennedy believes that understanding the behavioral processes of people and integrating that knowledge with human rights and social justice will be a great benefit to the SOEW program.